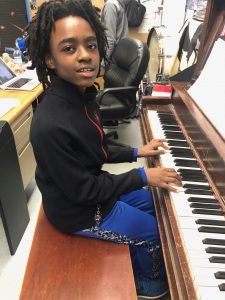 Here at MCCPS, music is a big part of the school.

Our goal is to provide students with opportunities for their musical creativity to flourish. We cover a variety of units that call upon students to reach their highest potential. Many students play more than one instrument and participate in extra music classes, besides the two 45 minute general classes a week. Extra music classes include MCCPS Chorus, MCCPS Honors Band, MCCPS Jazz Combo, musicals and more. Another opportunity where we showcase performance is Music Morning, which happens each week and typically features one of our many skillful musicians.

Performances and projects are featured at Exhibition, as well as Music Extravaganza, which are student concerts. Projects most often have the element of choice.

In class, there are an abundance of different projects that involve learning to read music, compose, and play instruments.

4th- During fourth grade, students sing, learn to read choral music, and perform during first term. During second term students read piano music (at their own level) compose, notate and perform. During third term students choose a concert band instrument to learn and arrange music on soundtrap. Throughout the year various musicians and styles are discussed to supplement the hands on learning.

*students did not sing during the covid times, instead, they arranged on soundtrap.

*occasionally the units are switched to different terms or change

5th – During fifth grade students learn a concert band instrument during first term. During second term students sing, read and improvise piano music, and learn about the history of Medieval and Renaissance music (that correlates with their Humanities studies). During the third unit students arrange and compose songs, sing songs, and create rhythm ensembles in groups. Throughout the year inspiring musicians and music are discussed as we work toward creating a class  song promoting a community. Soundtrap arranging program is implemented.

*students did not sing during the covid times

*occasionally the units are switched to different terms or change.

6th – During sixth grade, students learn about blues music and its impact on other genres during first term. This project includes a project and a trip to the House of Blues for an education performance. During the second term, students learn about Gutav Holst and the piece “The Planets” and composers that  influenced him and that he influenced. Piano or keyboard lab takes place throughout the year as they build on previous skills and play and compose at their own level. Planet compositions or slideshows accompany the project. During the third term, the rhythm unit includes reading music and performing percussion music, where they typically create and perform an original scene, including costumes and props, of Stomp for exhibition. Soundtrap, music history, and singing are also an integral part of music class, which are usually integrated with other subjects.

7th – During seventh grade,  students form ukulele bands. A parody of a song of choice is created and performed with lyrics integrated with a Science or Humanities topic. Students also arrange music in soundtrap, read and play piano,  as well as learn about the history of classical and rock music. Using a notation program, flatio, students compose an original score that goes with a writing piece about an original movie scene. Students also perform in percussion ensembles.

8th – During eighth grade, students play the ukulele, or guitar, and form bands. Students learn about musicians and  history of music from the 1880-current day, which includes music from the Late-Romantic, Impressionistic, and Modern classical period as well music from the 1950s, 1960s, 1970s, 1980’s, 1990s, which finishes with a class graduation song. An entire jazz unit, which aligns with the 8th grade curriculum, also takes place. Students have a choice of which piano piece to learn and arrange music on soundtrap as well.

MCCPS Honors Band- This extra opportunity that includes playing in the school concert band, called the MCCPS Honors Band. After the 4th and 5th grade band units, students have the option to try it out, and then, join the band. Band instruments include percussion, trombone, trumpet, French horn, clarinet, flute, saxophone, oboe and bassoon. We meet two times a week to rehearse and perform at Music Extravaganza and the 6 Flags Band competition. The Honors Band is optional and has recieved and “Excellent” rating in years past while performing.

MCCPS Chorus-This extra opportunity that includes singing the school’s choral group. We meet twice a week to rehearse and learn the part to two-four part harmony choral arrangements. An array of different styles are sung and solos are optional. The MCCPS Chorus performs for the public,  and has recieved and “Excellent” rating in years past while performing at the 6 Flags competition.

MCCPS Advanced Jazz Combo- This is an extra opportunity, for advanced players, to play jazz and funky music and improvise. Students read music, take solos, and perform on their instrument or instruments. Songs usually include jazz standards and original compositions. Performances take place at Music Extravaganza and at community events. Performances can be booked through their agent at asmith@marbleheadcharter.com

North Shore Children’s Theatre is proud to partner with Marblehead Community Charter Public School to produce three plays each school year. Through weekly rehearsals, actors and crew members not only learn theatrical techniques but also gain self confidence and learn to work as a team. Some of our past productions include: Peter Pan, You’re a God Man Charlie Brown, and Wizard of Oz. 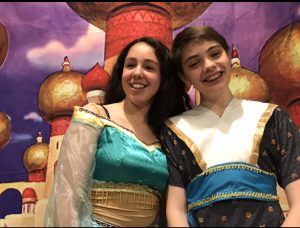 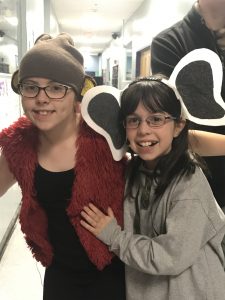 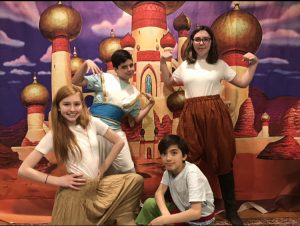 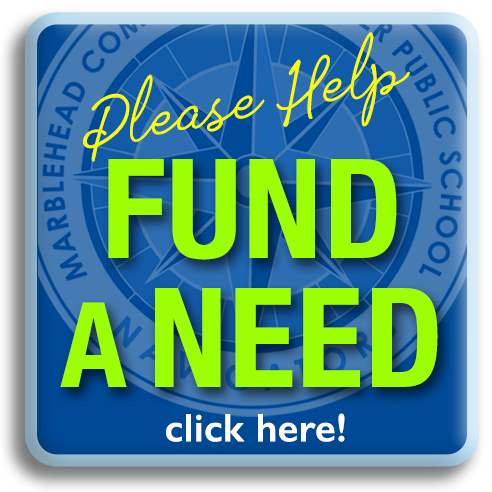